Is it necessary to force vaccines on children? 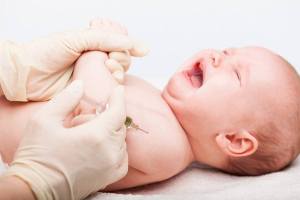 health and draws some surprising conclusions. It needs to be widely distributed and read.

Posted in General Interest, Health and Wellness, Politics and Religion

More about the vaccine controversy

This, from a credible authority, came to me via Richard K. Moore:

Hi Richard
I am sending you here some of our relevant recent publications on the subject of vaccines. I am also attaching here an expert witness report which I wrote recently on behalf of a mother who is getting sued by her husband for not wanting to vaccinate their 4 year old son. Their family has a history of severe reactions to vaccinations including death and seizures. I think you will find it useful. It is fully referenced and I am happy to provide you with full text copies of any of the cited documents. (note that the report is the point-to-point rebuttal to the pro-vaccine expert’s comments, I redacted all the official parts of the report in this pdf as well as the names for the sake of confidentiality). Zip folder has the docs which were provided to the judge along with the report
Briefly, this was the conclusion of my report:
Following facts are indisputable and yet ignored by all those who advocate vaccines.
1) Many infectious diseases have been eradicated long before vaccines were introduced due to better sanitation, nutrition and vast improvements in medical care.
2) Mass vaccination practices have resulted in emergence of both vaccine- and antibiotic- resistant strains of infectious organisms which have been shown to cause the same (if not greater) threat to children than those strains covered by the vaccines
3) Evidence of vaccine safety is very scant.
4) Most vaccine clinical trials only include healthy individuals, thus the true risks of vaccine adverse reactions in general populations remains unknown. Most notably, individuals with so-called false contraindications to vaccination (i.e., premature birth, family or personal history of seizures, family history of any adverse reactions following vaccination, stable neurological conditions, etc.) are precisely those who are universally excluded from vaccine trials. Hence the risk of vaccination in such individuals remains to this date undetermined.
5) Vaccine safety appears to be established on untested assumptions rather than scientific evidence.

Posted in Health and Wellness